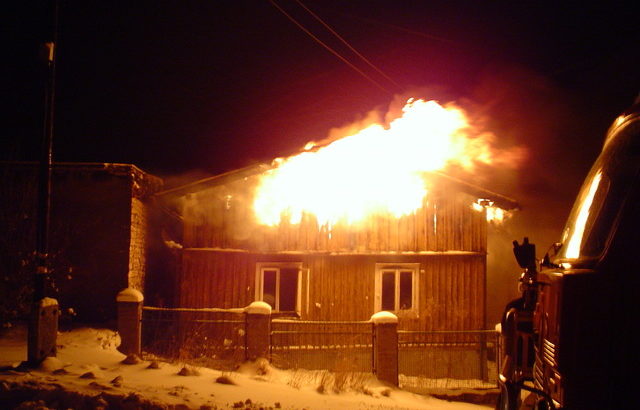 According to a five-year study by the National Fire Protection Association (NFPA), U.S. fire departments responded to, on average, 1,000 home fires every day. When you break it down, that’s 42 home fires every hour, causing about $228 in damage each second. A majority of these fires were caused by human error or carelessness and could have been prevented. Here are 10 bad habits that cause home fires:

Carelessness in the Kitchen

According to a 2015 study, cooking caused just over 50% of residential fires. Because a lot of home fires start in the kitchen, it’s important that when cooking, you stay focused on the food you’re preparing. To learn more about fire safety in the kitchen read “6 Different Ways to Avoid Kitchen Fires”.

Don’t leave a lit candle or a fire in the fireplace unattended, ever. This seems pretty obvious, however, unattended open flames were responsible for over 16,000 home fires in 2015. Additionally, when using candles, be sure you’re placing them away from anything that could catch fire.

Cleaning out your dryer’s lint screen after every use can be a task that is easily forgotten about. However, letting lint build up in your dryer and dryer vent is extremely dangerous. Lint is incredibly flammable and the mix with the heat from the dryer is fire waiting to happen. Make it a habit to clean your screen after each use and at least every 6 months clean out your dryer vent and exhaust to clear out any lint buildup.

Laptops can get hot, quick. They become a fire hazard when an overheated laptop is left on the couch, bed or other flammable surfaces that restricts airflow to the laptop’s fans. Because the laptop can’t work efficiently to cool itself down, it can easily catch fire. When using your laptop, be sure to use it at a desk or table to help prevent a fire.

Improper Use of a Space Heater

Overloading your outlets with extension cords and adapters can lead to a circuit short, which can be a fire starter. If your outlet is out of space, invest in a surge protector so you can safely use the outlet.

Just about every woman who’s used a hair straightener or curling iron has had that moment in the car “did I turn that off?”. Forgetting to turn off appliances, big and small, is a careless mistake that potentially cause a lot of damage.

If you’re a smoker, be confident that when you’re done with a cigarette that is completely extinguished. It’s also recommended that if you’re feeling tired to maybe skip that last smoke break for fear that you fall asleep with a lit cigarette.

If you use your fireplace then your chimney needs to maintained properly. Chimneys should be annually cleaned and inspected by a professional.

This may seem like a stretch, however, it’s not. Dust buildup can be considered a fire hazard if left to collect around electronics, electrical sockets, and heaters. Because these items create heat, the dust can easily trigger ignition for a fire.

Don’t let your bad habits cause a fire. Be aware and diligent to do your part to prevent a home fire from starting.